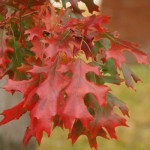 Phillip J. Martell, 69, of Menominee, died Wednesday evening, February 5, 2020 in his apartment at Harbors Retirement Community where he had resided since May. He was born December 22, 1950 in Menominee to Phillip W. Martell, Jr. and Helen Weaver Martell. Phil spent his early life in Marinette and graduated from Marinette High School with the Class of 1969. After a year at UW-Marinette, Phil transferred to the University of Wisconsin-Madison where he earned his Bachelor of Science degree. He went on to earn a Master’s degree from Iowa State University at Ames and a Doctorate in Physics and Astronomy from Ohio State University.
Phil spent most of his academic career in teaching, first at Ball State University and briefly filled a faculty vacancy at UW-Marinette. For several years he worked for NASA at the Space Telescope Science Institute of Johns Hopkins University in Baltimore, Md. during part of the Hubble Space Telescope project. He later taught at Penn State University and completed his teaching career at Ferris State University in Big Rapids, Michigan. In retirement Phil continued to reside in lower Michigan until moving to Menominee.
He had been a member of the American Association of Physics Teachers.
Phil is survived by a brother, James (Marsha) Martell of Marinette; a niece, Elisabeth (Brian) Lesandrini of Marinette; a nephew, James R. Martell of Sussex, Wis. and Marinette; and his family of caregivers from JemCare and the Harbors.
Friends may call at Hansen-Onion-Martell funeral home in Marinette from 3 until 5 p.m. on Monday, February 10, 2020. A service will follow with Pastor Lewis Hague, UP Hospice Chaplain, officiating. Burial will be in Forest Home Cemetery.
The vocabulary of gratitude falls short of fully expressing our appreciation for the remarkable support of Phil’s caregiving team from JemCare, the Harbors and UP Health Systems Hospice. When other options failed, Kathy Scoggins and her staff opened the doors of the Harbors to Phil’s unique care needs with never failing hospitality, thereby offering him the dignity he deserved at the end of his life. Keith Mattson along with his JemCare staff provided a 24/7 team of gifted and dedicated individuals, who along with Harbors staff and daily UP Hospice caregivers, became a family of support Phil came to know and trust. All of you made a difference in his life.
In lieu of flowers, please consider a donation to one of the many local agencies serving the needs of our community.

Preserve the memories and special thoughts shared
by friends and loved ones with a Memory Book.